Before 1853, San Pedro is just a sitio. And the original name of Brgy. San Pedro was Kutkut- literally means to bury; The other meaning Kutkut was a cemetery. Brgy San Pedro was called Kutkut because the sitio was once the burial place of the dead bodies of the people who were infected of the epidemic which struck the town during the 18th century. After it became a barrio, San Pedro (most barrio folks would call Apung Iru) was the patron saint.

The chapel of Bario San Pedro used to be located somewhere on the present site of San Pedro Elementary School. However turn of events happened. 50 years later, approximately 1903, a chineseman names Isik Jose advised the residents to move the location of the chapel. He convinced the barrio folks that the place of the chapel had been the root cause of the misfortunes of the barrio. Residents believed what he had said since at the inception of the construction of the chapel most of the children got various sickness and others died. Moreover, most of the children died even without getting the Catholic Ritual of Baptism; most of those who passed away were the smart and intelligent ones.

With the strong resolve to move the chapel, the residents moved the chapel 200 meters south of the original site (the current place where the chapel is situated today). The land were the chapel was erected was donated by the Santillan and Pineda Family. Constructing on the present site, the chapel was finished with a rough wood and a galvanized iron roofing.

With the assistance and leadership of ‘Apung Pepang’, the construction of the chapel was competed. Seeing that the population was getting bigger and the land mass of the barrio was the biggest in the town, residents of the barrio decided the make the chapel bigger and more modern. The existing chapel which we can see today was the product of the collective efforts of Hermano/Hermana Mayors since 1952. Mr. Numeriano S. Meneses (Hermano Mayor), Mr. Casimiro Maglaqui, Mr. Francisco Macapagal and Mr. Luis Mangune started the initial efforts of the construction.

To continue his initial efforts, Mr. Meneses retained his post as Hermano Mayor in the year 1953. He admitted Messrs. Matias Salas, Mariano Garcia, Modesto Paguio and Domingo Anicete in his team. In the year 1954, Mr. Monico Santillan took the helm succeeded by Bienvenido Vergara in the year 1955. The chapel was finished in the year 1958. 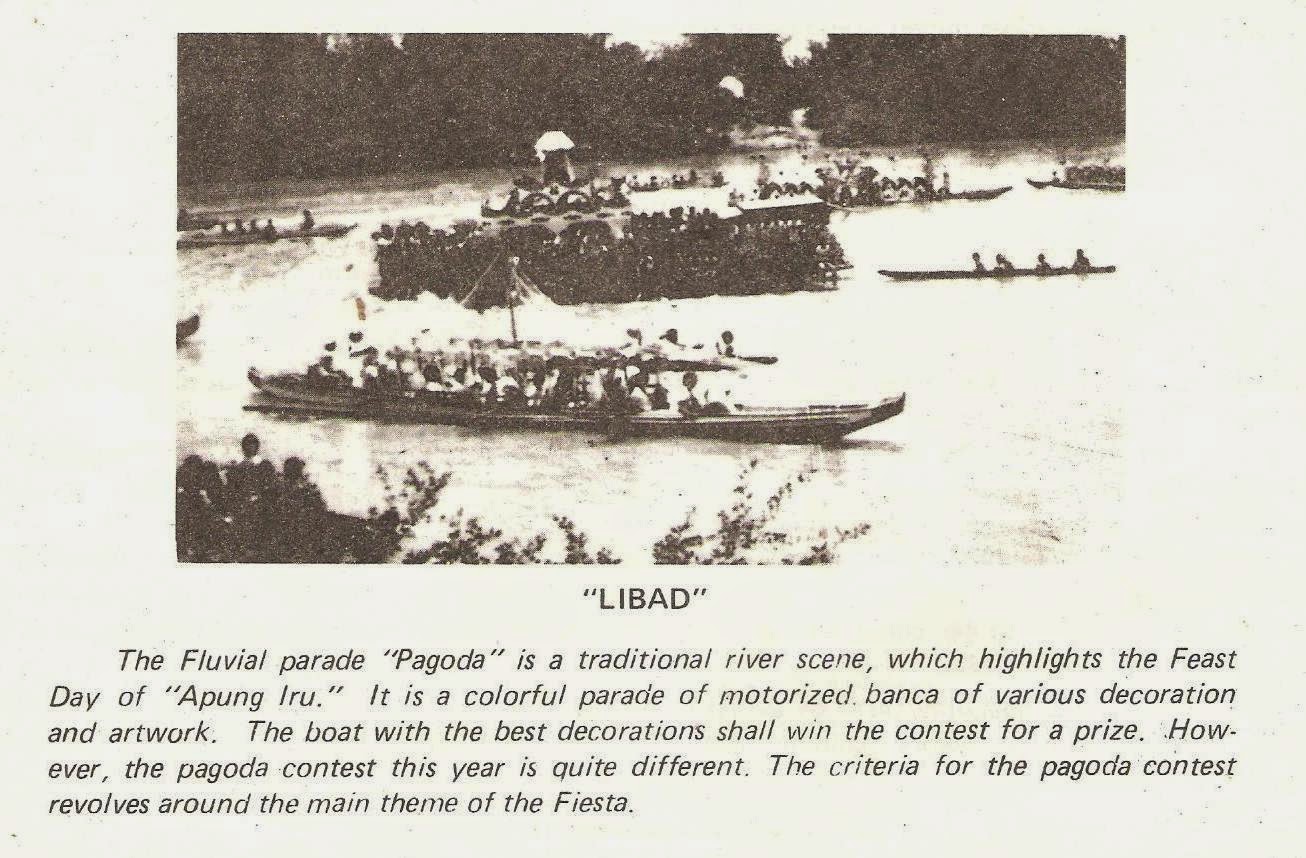 ‘100 Strong’ committee idea was introduced in the year 1959 by Mr. Jesus Maninang. On the 100 Strong, “the barrio was divided into four groups each group took turn every four years as Comite De Festejos. With this idea of leadership, the finishing touches of the chapel were accomplished i.e. iron grills for the upper windows were donated by SPYC, altas was finished thru the generosity of the heirs of Mr. Crispulo Santillan, Misses Elena Balbina and Lourdes. Mr Leon Guevarra also contributed for the completion. 1983 Comiti De Festejos, under the helm of Mr. Antolin Torres, did the marmolized center aisle.

In the late 1990s, approximately 1997 – 1999, reconstruction and strengthening of the chapel was undertaken. The image of Apung Iru in the façade of the chapel was done in the early 2000s and 2001. The beautification of the altar thru erecting Corinthian Columns were done 2005. And the rest was history.

The remaining questions now are (1) Where did we get the image of Apung Iru and (2) Why do we celebrate the feast day on the 1st of May?

For corrections and additional information/pictures please leave a comment below or email lester.pineda78@yahoo.com.
Posted by Unknown at 6:57 AM