Baryu San Pedro is the biggest barrio in San Simon. It is maybe the most populated barrio in the town. The establishment of San Pedro as a barrio can be traced back on 1853. Before that San Pedro was just a Sitio named Kutkut (graveyard; to dig). 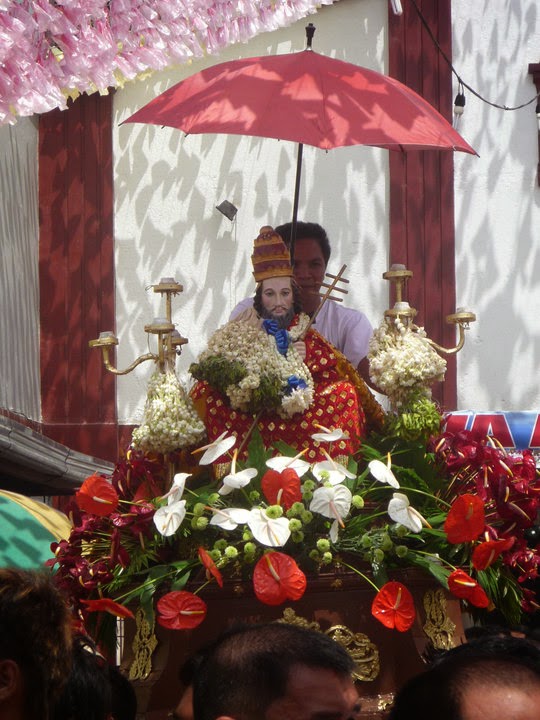 As one of the biggest barrio, San Pedro is being visited by people from different locations during its annual libad ilug on May 01. People are not just flocking during the Fiesta, they also come during the annual salibatbat (pinitensya). During maleldo too, people from other barrios are visiting the puni (pasyun). Although the readings in puni are very melancholic and dramatic, the atmosphere, however, is very festive.

But the above mentioned traditions were things in the past. These traditions are slowly dying.

When I was kid, I would feel that fiesta is coming once we started to clean the house and gather bulung dalayap which would be used by my mother in making leche flan. During Santa Marya (Apr 29), we would gather leaves and start the annual leche flan making. Then the day after, Vispera, we would wake up around 1am to go to Bayung Palengki (Sampernandu). By that time, pigs are being slaughtered. And you can smell the scent of burning fire logs to be used in boiling the water for removing the hair of the pigs. 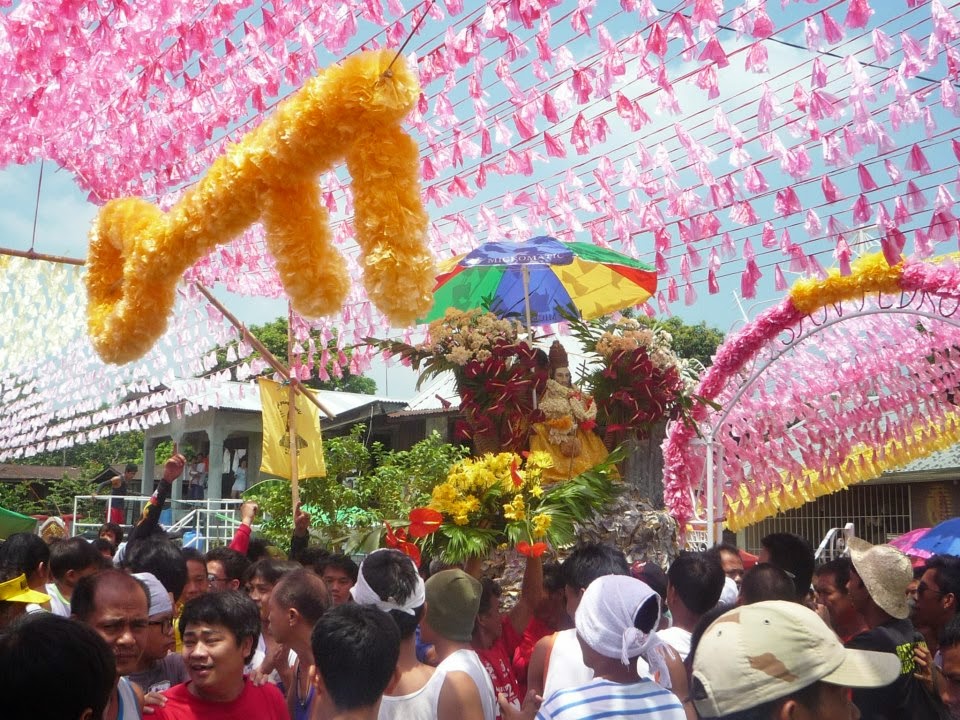 During the daytime of Vispera, I would wait for the musikus to start doing their rounds at the barrio. I am lucky since our house is near the elementary school. I can see the musikus preparing. Around 9am, they would start to walk the long road of Baryu San Pedru. They would head first to Paroba (going to San Juan, San Simon) then to Control Dike and then to Pangulu (going to Sta. Rita, San Luis). The weather was really hot during those time but they could find shade under the GAYAK (street garlands).

Labang Gayak is one of the traditions being look forward to by the residents. The main street of the barrio is being decorated (extravagantly) by the various youth clubs i.e SPYC, Paradise (which was termed from Spur Dike), Genius, Timac, etc. Months before, members of the club and residents belonging to the clubs would start to prepare. One can see that they were still awake until 3am just to finish the gayak. They would want to win and be crowned as  the best ‘club’ in street decoration. In addition, one can see that street is clean. Moreover, the designs are being accompanied by Christmas Lights (or any other lighting). The competition is really on but it is a friendly one. The perennial winner for the competition is Paradise. 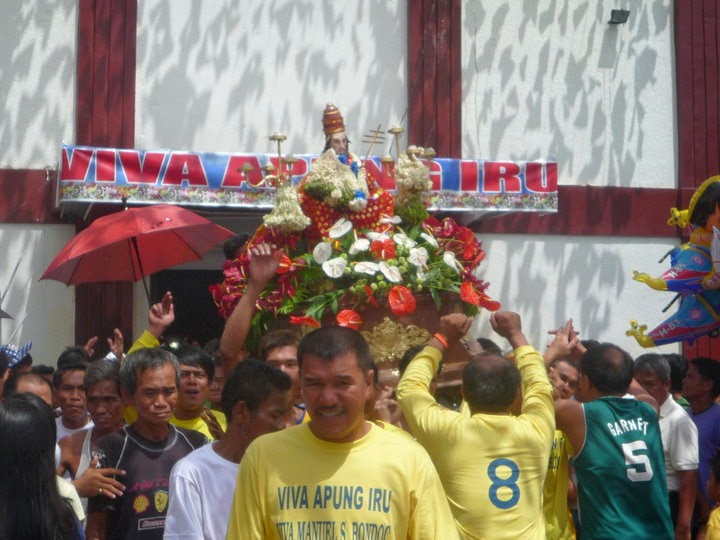 Festivity was really in the atmosphere. This festivity would reach its climax once we reach May 01.

As early as 6am, masses are being held at the bisitas. People are jam-packed. Bisitas is really crowded as early as 6am. Crowd would increase as 10am draws near. Around 9AM the patio of bisitas will  become crowded. As far from the patio, you could smell the scent of Sampaguita coming from the andas of Apung Iru. Everyone would gather near the andas of Apung Iru. They are waiting for the mass to conclude.

Once the 9am mass is finished, shouting would begin. Bell would start to ring signalling that Apung Iru is leaving Bisitas. 10-minute-ringing-bell, candles, shouts of ‘Viva Apung Iru’, these are just some of the things that you would observe after the 9am mass. (King kaorasan ning 10:15 anggang 10:30 ilual da ne ing Libad).

Kuraldal would happen at the street. A 5-minute-walk from Bisitas to Tumana (where the lantsa is docked) became 30-minute-walk. Everyone is shouting Viva Apung Iru. The never dying Decolores adds festivity to the kuraldal. During this kuraldal, the andas of Apung Iru is being pushed forward and being pulled backward. From children to senior citizens, people were rotating the andas. They are accompanying Apung Iru on his journey to Tumana where he would ride the Lantsa. Approximately 11:00 – 11:30 the libad would commence. 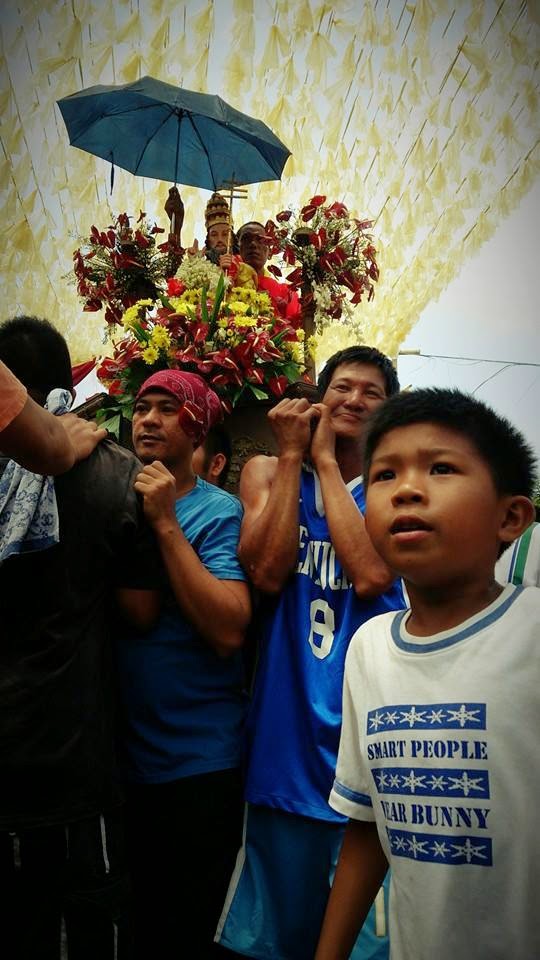 Seated on the uppermost part of the decorated pagoda, Apung Iru would roam the Ilug Kapampangan (San Pedro, Sta. Rita, San Juan). Accompanying the Lantsa are the decorated bangkas from various clubs, barangays and individuals. Yes, there was also a competition for the bangkas.

Bangkas are decorated with Key, Crown, Rooster, and Scepter. These decorated bangkas are encircling the Lantsa. They were accompanying Apung Iru on his annual journey on the Ilug Kapampangan. Judges during the Bangka Competition are carefully inspecting the design and the execution (if they are far from the lantsa). People residing the river banks (Sta. Cruz, San Nicolas, Sta. Rita, San Agustin, San Juan) are standing near the riverbank to watch the Libad. They are throwing foods onto the river. (The same scenario is being practiced at Apalit Libad on Jun 28 and Jun 30).

The five-hour libad would dock at Tumana again around 4PM. After Apung Iru is seated on his andas, another livelier kuraldal would occur. Old people are the one who would carry the andas. They are the one dancing, shouting and spearheading the kuraldal. If the kuraldal during the morning took about 30 minutes to finish, the kuraldal during the afternoon would last one hour or so. People would try to slow down the pace of Apung Iru’s journey back to bisitas. People are dancing bare footed. They are all wet as people sprinkled each other with water. 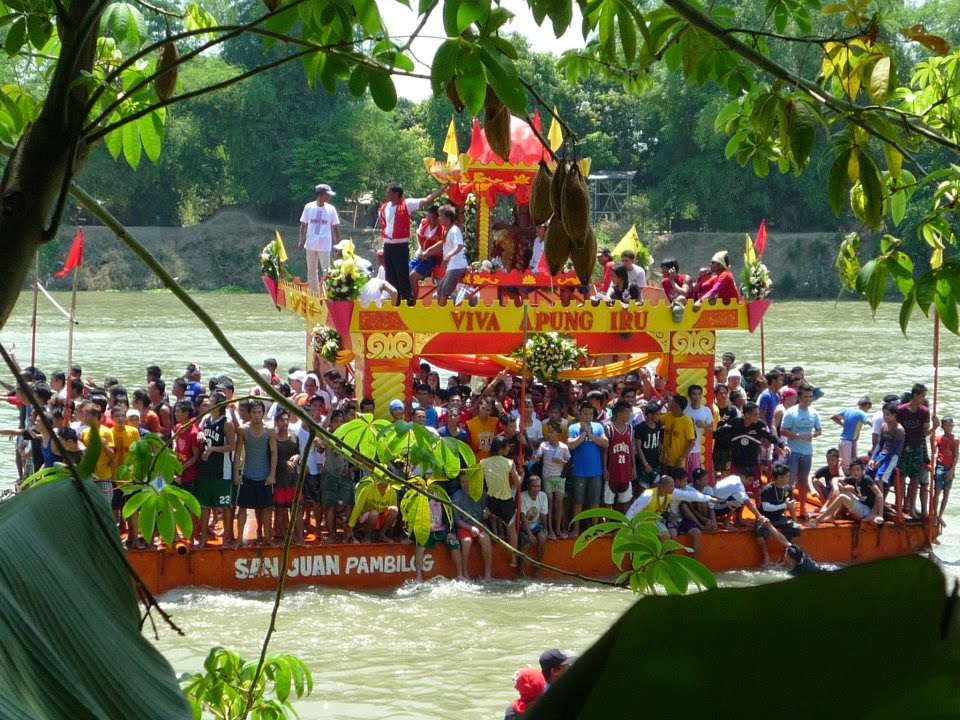 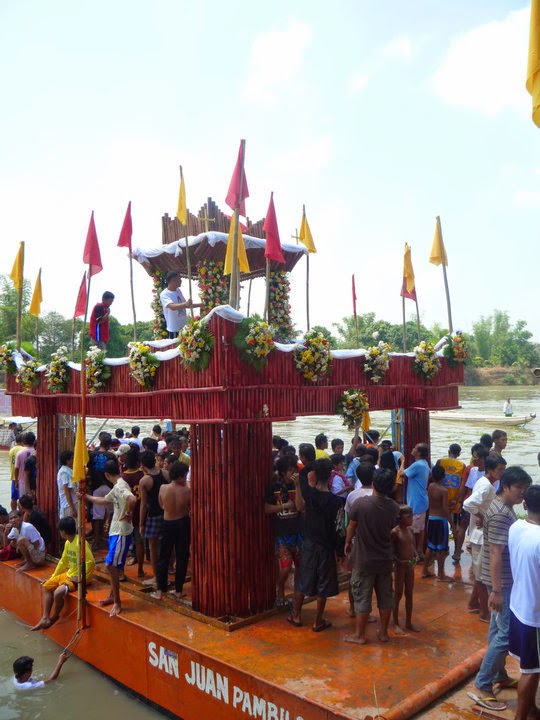 Once the one-hour kuraldal subsided after Apung Iru was taken back to Bisitas, you could see the old people with teary eyes and with happy faces. Another festive libad and kuraldal had concluded. Another fiesta was about to finish. These old people would accompany Apung Iru until the last hour of the day – until the long procession would finish.

This is how festive our fiesta was. There were no quarrels. There were no political-agenda. Streets were really decorated. Bangkas were many. Patron saints of the neighboring barrio are invited to participate during the Libad. The pagoda was well decorated; and people were marching forward and dancing during the kuraldal with one thing in their mind – accompany Apung Iru on his once-in-a-year journey. 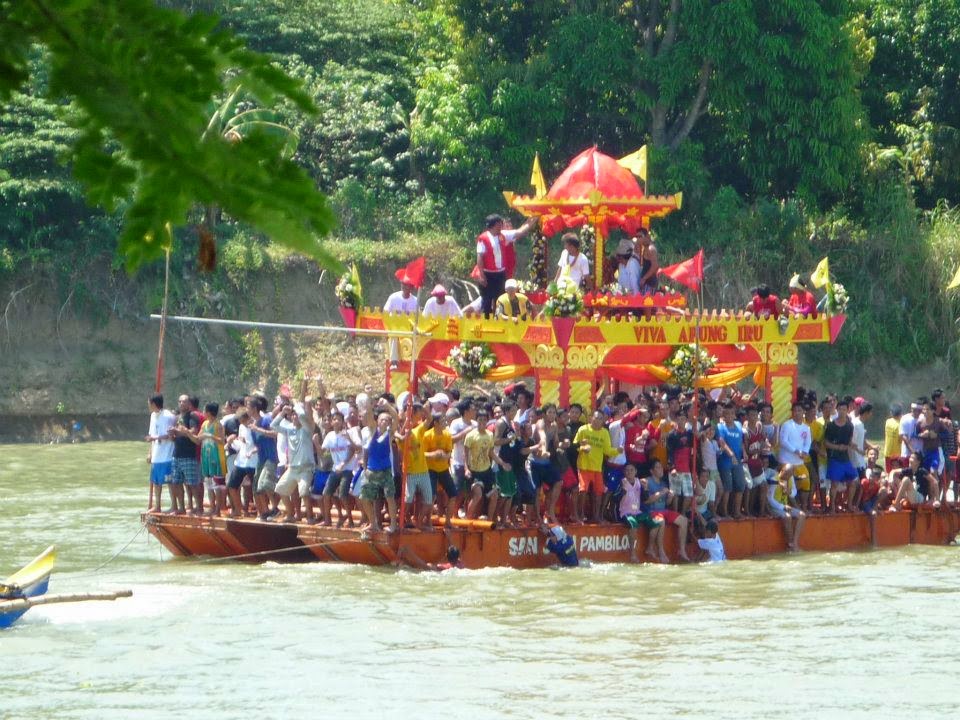